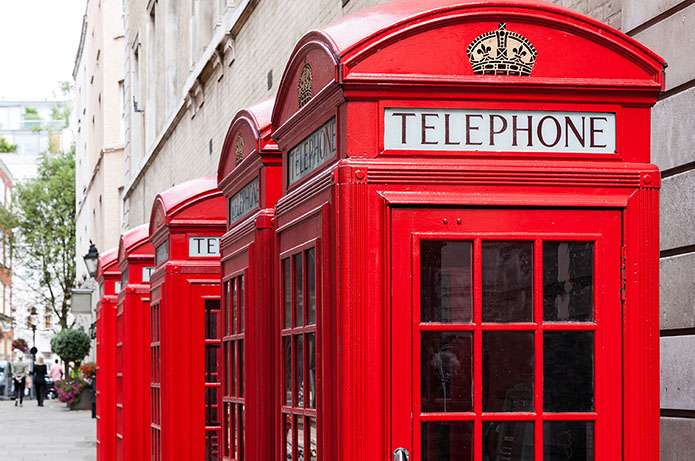 The good old red phone box is one of the most iconic sites around London. They are a great tourist attraction for some, however to the younger generations they are becoming decaying relics of a time which they don’t remember. A company called New World Payphones now plan to update the humble red phone box with features that suit our modern technological lives.

New World Payphones are one of the leading payphone suppliers in the UK. In August 1996, they introduced their first payphone to the streets of London, and one year later this number had increased to 500. By the beginning of 1999, New World Payphones has introduced an astounding 1,200 public phone booths.
As previously mentioned however, many people do not want to see the old-fashioned red phone box change. It represents London and is widely known across the globe. New World Payphones agrees with this, so they are planning on retaining the iconic K2 phone box design created by Sir Giles Gilbert Scott in 1924 and instead only replacing red phone boxes that are broken and worn out. The ‘new and improved’ boxes will receive a high-speed Wi-Fi connection provided by Virgin Media, which aims to help improve UK connectivity. Plans also include the integration of a touchscreen for access to local services, along digital advertising screens to generate new revenue for local businesses and the community.

Professor Nigel Linge of the University of Salford’s telecommunication programme said: “Our communication needs are always evolving. This model meets the demand for enabling modern communication while keeping one foot in the past with a design steeped in history. It is a technological and aesthetically-pleasing success and will ensure that phone boxes will retain their ubiquitous presence on our high streets for years to come.”

Lord Alan Sugar’s Amscreen company has already started producing these new phone boxes, with 100 units already having been deployed in the following boroughs:

“I view the UK manufacturing industry in the highest regard. It has always been the global standard bearer for quality and I’m proud to see Amscreen continue this tradition with a project of this scale,” claimed Lord Sugar. He went on to state “I am confident that our digital signage expertise, combined with the vision of New World Payphones and the high-grade technology provided by Virgin Media, has helped create a new entry into our national phone box collection and one that could become as iconic as the famous K2 design.”

New World Payphones are also pledging that some of the revenue from the new telephone boxes will be put towards the maintenance and upkeep of current red telephone boxes that are starting to deteriorate. On top of this, they have committed to planting a tree in a local urban area for every phone box they upgrade as part of a partnership with charity Trees for Cities.